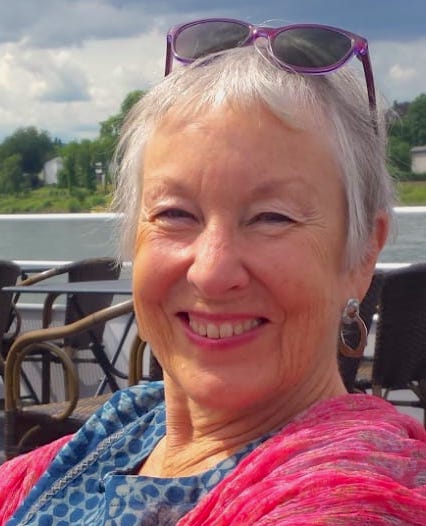 I am ChrisTINA Sauer and I have been a Bonn Player since 1987.  I was not a newcomer to AmDram as I and my husband had been enthusiastically involved with the Nairobi City Players during our six-year posting in Kenya in the early eighties. Over the years, on and off, I have appeared on stage in several productions, including Passion Play, Lord Arthur Saville’s Crime, Memory of Water, Sense and Sensibility and others.  My directing debut, a highly successful rendition of Pygmalion, where on most nights extra seats had to be brought into the auditorium at The Augustinum, proved to me that my heart was probably more in directing than acting.  A few years later, after a long period of foreign postings, I returned to Bonn to direct a second Pygmalion for The Bonn Players as well as several shorter one-act plays.

I have also gained plenty of experience with The Bonn Players through various backstage roles and have been an avid member of the makeup team, the makeup room itself being the location of much hilarity, gossip, flirtation and drama!! I have served on the Bonn Players committee several times in the past and am pleased to be working with a new forward-looking and visionary team who will take The Bonn Players into the future for several years to come.