*Please click on a photo to open the slideshow* 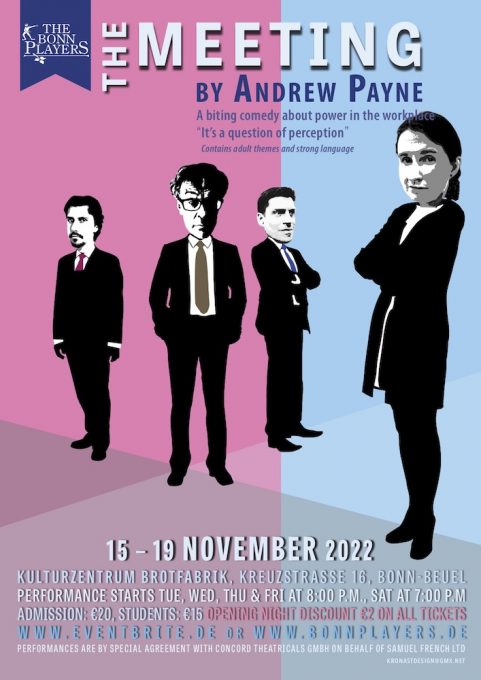 Stratton, Frank and Cole are moments away from signing the contract that will make or break their careers. But rather than their trusted colleague, Jack, turning up to take the meeting, they must now deal with his female deputy instead.
Ellen turns out to be an unexpectedly astute opponent and a much tougher negotiator than her male predecessor. As the discussions continue, who is manipulating who in this battle of the sexes?
“It is a question of perception”.

The Meeting, written by Andrew Payne (a British playwright and television writer who was a leading contributor to many series including MIDSOMER MURDERS), is a biting dark comedy, highlighting a culture of bullying, misogyny and gender politics in the workplace.