The Playreading Group is one of the “feasibility laboratories“ of The Bonn Players, in that we read plays which may be suitable to be put on stage as a full-blown production in the future. These readings are an important part of assessing the suitability and feasibility of plays, and an important step in the selection of which plays are performed on the stage.

Very often a play that is considered to be suitable is presented to a larger member audience in the form of a rehearsed reading.

At the same time, the group provides an easy way for new people to get involved with us.

We are always on the lookout for suggestions of scripts we can read, because the next production is always just around the corner.

The Playreading Group meets once a month, usually the third Thursday of every month at 7:30 pm.

In order to help us ‘test’ out a play, we organise ‘feasibility’ readings that we hold for members, either virtually or in the form of a social event during the year. Through feedback and discussion, the Committee can then make decisions on the selection of future productions. This method is fair and has proved very successful in the past. Following such readings we have often forged ahead and set up auditions which are open to all members as well as anyone who would love to have a go at acting. We have often gained new members and some outstanding actors in this way.

Our readings also offer members the chance to try out their directing or performance skills, before jumping in at the deep end and committing themselves to a production. Sometimes we decide a play is too complicated to perform because of the number of actors required, the complications of a set etc. But it is never a wasted effort and those of us who have made that step still discover a level of satisfaction and self-confidence they may not have had before in the field of theatre.

A key part of any performance is the words that are spoken – the script. The Bonn Players have always encouraged its members to be creative and has performed plays using scripts that were written by members a few times over the years.

The Creative Writing Group was formed in 2021 to allow members to support each other in an environment of trust and to help each other develop skills and ideas to draft scripts, poems and stories. At our meetings we share examples of writing that we admire, read our own stories, poems and prose and also discuss concepts and structures. Recent examples include how to create a character that has depth and complexity by using modern personify assessments, or looking at different ways to structure a short story.

We have established an environment of trust and provide support and constructive ideas between us – we also have lots of fun.

Come join the group and see how creative your writing can be. 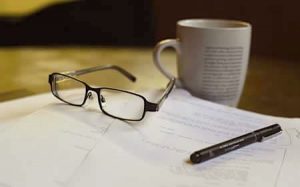