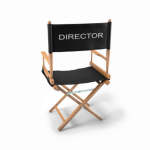 What makes a person want to direct?
Maybe you’ve acted in a few plays or seen a lot of plays performed and you find yourself thinking, “I would have done that differently” or “I think that could have been done better” or “I think the author was after something else, something that was missed”. You begin to have confidence in your own judgment about how a play should be realised on stage and you want to try it out.

How do you prepare to direct a play?
Preparation to direct a play begins months before rehearsals actually start. It begins with selecting a play, considering why you want to direct a particular play, visualising the play on stage including some ideas about staging, set design, costumes, lighting and even sound. Although you may work with a team of creative people who will be able to make suggestions and work out the details, the style of the play is determined by the director. The next step is to research the play: learn about the author, why was the play written, what is it about, how has it been performed in the past? A director must answer all of these questions before even making a final decision to direct a play.

Everyone has to start somewhere
No one is born with a talent to direct – talent can help, intelligence and a good general education can also help, but directing is fundamentally a craft that must be learned. There are three equal and essential forms of study:

The business of directing
There are two aspects of directing that are equally important: on the one hand the intellectual ability to understand the material and the theatrical craft and on the other dealing with people. Many, if not most, directors are better at one than the other, but it all has to come together for a good production.

Aside from choosing the right play in the first place, the single most important choice a director will make in a production is that of casting. With a good and appropriate cast you are half way home: if you miscast one of the roles this mistake will haunt you for the rest of the production. This is sometimes unavoidable if the pool of actors is particularly small, but that doesn’t make it any easier to deal with.

My passion for directing has given me great pleasure through the years and I would like to offer these words of encouragement to all of you starting (or continuing) down this path: